Retweet this, or I will wake up in an alley, covered in Taco Bell

I’m not exaggerating.  Stay with me on this one, if you will.

The following sequence combines historical events with my projected future.

Event #2:  Everyone and Their Mothers Adopt Social Media

Where eye balls go, businesses will follow.  If all of a sudden people started spending their day in trenches, you’d better believe that Proctor and Gamble is sponsoring the dirt.  This will forever be the case.

Somewhere in the process of half a billion Facebook accounts opening, businesses everywhere went into a collective panic as their brands were either under represented or unrepresented all together.  Suddenly the demand for social media marketing positions were as prominent as real estate agents in 2007 (hopefully our fate takes a different course).

As a result, over the two years, there’s been a nauseating explosion of social media “marketers”, “consultants”, “experts”, “gurus”, “ninjas“, “magicians”, “[insert cheesy metaphor here]” entering into the job hunt.  Suddenly anyone who could create a Twitter account realized how easy it was to smack an “expert” qualification onto their online profiles. 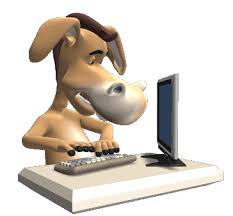 Suddenly the supply of social media jobs caught up to, and exceeded, its demand.  Businesses are now back in the position of being selective with who they can bring on board to run their online brand (as should be the case when unemployment is 10%).

So how can one demonstrate their value as a social media marketer compared to another?  Since these jobs are virtually brand new, it’s unlikely there’s a wealth of tangible experience to quantify candidates differences….

Event #6: How Kolossal is Your Klout?

With companies having only a small pool of information to wade through, the hiring process becomes a greater challenge, as mentioned above.  Even a highly imperfect, arbitrary ranking system would assist companies in this decision process.

Klout is an online service which measures a user’s social media influence.  Basically, what Google is to indexing and ranking websites, Klout is to (or at least hoping to become) quantifying your social media influence.  Search engine optimization is an industry invented solely to decode Google’s algorithm and achieve high rankings accordingly.  Although gaming the social media sphere will be a different kind of challenge since it requires voluntary human participation, there are those who treat their Klout score as an end which justifies shameless means.

"Well I'm a ninja- I need a Krap load of Klout"

So what does it take to boost your Klout score?  Although the exact algorithm is buried deep in a safe of secrecy, Klout’s website indicates that how often you’re retweeted, how much your posts are “liked”, how influential those who @reply to you, amongst many other factors, go toward building your influence score.  Although some may argue the score is largely arbitrary and true influence is difficult to measure (is my bias showing?), as of right now, it’s the best that we’ve got.

“Okay, I hear what you’re saying, but why are you waking up in a ditch?  …and why the Taco Bell?”

Because, as of today, I’m satisfactorily employed, I’m not willing to compromise who I am as a person to attain ninja status.  Admittedly I’m not.  The blueprint for becoming a social media star requires many qualities I don’t naturally posses, including, but not limited to:

And, don’t get me wrong, I’m not attacking anyone who has “created a brand”.  The human psychology of being liked is a powerful force.  On top of that, you have bills to pay.  I get it.

Like I said above, I’m employed, I’m fortunate to have this option.

But let’s play out this “what if” scenario…

Event #8:  Employers of the Good Badger come to their senses.

Employers: “Sorry, the Good Badger, but we’re going in a different direction.  We took a look at your Klout score… We were looking for someone more in the 55 range.”

the Good Badger: “But Klout scores are meaningless!  They don’t even factor in cat videos.  I promise, I can change just give me a…”

Employers: “We’re sorry, but Scott Stratten can get his sneeze retweeted.  You’ve had your last 11 tweets go un-retweeted.  ELEVEN!  The decision has been made.  …it’s not you…..it’s your Klout.”

This unforeseeable attack of unemployment strikes an intense wave of depression deep into the Good Badger’s loins.

Luckily for him, a new Taco Bell opens up adjacent to his favorite watering hole (the alley behind the liquor store).  After several bags of wine, followed by the entire store’s supply of Zima, the Good Badger stumbles through the Taco Bell drive-thru.  After many failed attempts by the Taco Bell attendant to convey to the Good Badger that only vehicles can purchase from the drive-thru, she concedes to his order: 12 XXL Chalupas and a choco taco.

Not long thereafter, the Zima finally gets the best of him.  The pile of trashbags is quickly mistaken for his bed, and 8 XXL Chalupas, his blanket.

Welcome to life at the bottom end of Klout.

In other words, for my health, and your safety, please retweet this.