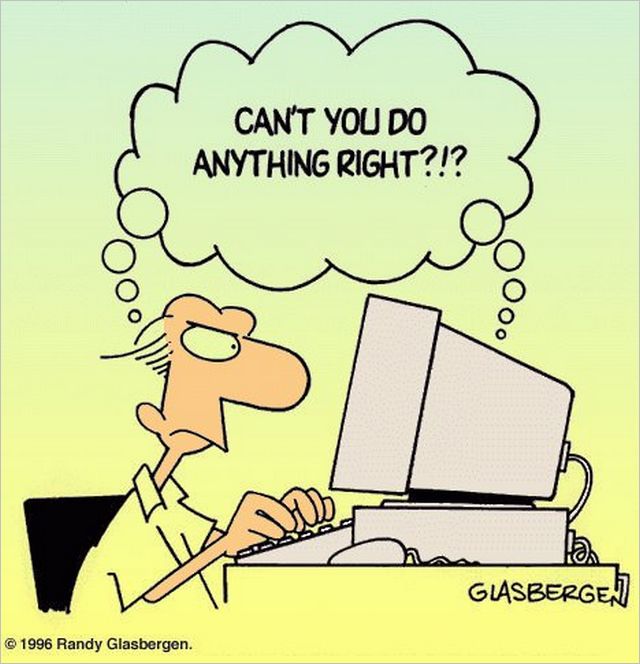 I’m Starting to abuse the alliterate titles, I apologize. I’m no better than the writers of Suddently Susan. After all, I’m merely human.

Which leads me to the point of this post. In the abundance of off-time that I’ve had since graduating in December, a couple of books that I’ve delved into have shared a common theme – human error. Not error in the sense that people are stupid – although there are undeniably stupid people – but rather how our species routinely makes systematically poor decisions. Pick up any behavioral/social economics book and you’ll find a similar theme, however since Predictably Irrational by Dan Ariely and Nudge by Richard H. Thaler and Cass R. Sunstein (wow this sounds like a book report) are most fresh in my mind, I will be referencing their main arguments.

I love reading about psychology experiments. The way people both act and interact are infinitely fascinating. However, the more studies you learn about, the less surprising the results become. You begin to get a sense that you understand human behavior. Nevertheless, one of the studies discussed in Predictably Irrational really caught my attention. In a lecture at the MIT School of Management, Ariely and two fellow professors presented a large group of students a series of objects along with brief descriptions. These items varied from a fine bottle of wine to a cordless keyboard. They then passed out a list of the items to each student and had them write down the last two digits of their social security numbers next to each item. The students then were asked to write the maximum bid they would be willing to pay for each of these items next to the two digits of their social security numbers (to clarify this was a real auction – the highest bid would win, and pay for, each item). What Ariely found was that the simple presence of the two digit numbers correlated with the prices the students were willing to pay. Let that sink in for a second. A group of MIT students, some of the brightest minds in the world, decided what these objects worth was based on the presence of a completely arbitrary number written next to it. To give one example, the average price offered for the cordless keyboard by the students with SS #’s ending in 00-19 was $16.09, 20-39 was $26.82, 40-59 was $29.27, 60-79 was $34.55, and 80-99 was $55.64.

It’s rational to set an anchor price for items, say you’re used to paying $80 for tennis shoes, and then base our future purchases around this anchor price. Sixty dollar shoes are a bargain and $100 shoes are expensive. It gives us a point of reference, it’s there to simplify our lives. The irrational part, however, is often how we set these anchors. Ariely uses the example of purchasing a cup of coffee. Many people buy their morning java at Starbucks and are accustomed to paying $4 for an iced mocha frappuccino latte with nonfat, an extra shot of sugar-free vanilla syrup, with no cinnamon on their whipped cream (or just a regular coffee for people like me who feel ridiculous reading a novel in order to be served liquid caffeine). For many in my generation, their first coffee purchasing experiences came from Starbucks, so $4 doesn’t seem like a high price. When (if) they go to Dunkin’ Donuts and see that a cup of joe is less than one dollar, their reaction is to view their product as “cheap” or lower quality. If you remove the sheik atmosphere of Starbucks and compare the two coffees side by side, Dunkin’ actually wins. But why then do we keep going back to Starbucks if we’re over paying and being under served (at least in terms of taste)? Because once we start paying the high price consistently, it no longer is a high price, it’s our anchor price (the reason for why we go into Starbucks in the first place is the result of excellent brand imaging). Often we don’t take time to think about these decisions. We have our routines: stumble out of bed, sleep walk to Starbucks, spend the entire lecture looking through friends’ Facebook albums, complain about how hard class is, etc. If we were to walk the extra couple of blocks to Dunkin’ Donuts, or even make our own coffee at home (which requires learning how to enjoy coffee and not the candy flavored drinks many of us are used to), we would save that extra $50 a month (which could then be spent over paying for drinks at the bar).

While the theme of Predictably Irrational is to make individuals conscious of their irrational, unconscious decisions, Nudge makes the case for major institutions (i.e. Government) to make small, yet largely influential, changes intended to better our lives. The term used throughout Nudge, “libertarian paternalism”, refers to the authors’ goal of making such beneficial changes while still allowing for total freedom of choice. The introduction gives a very basic example of such “libertarian paternalism” yet it perfectly captures the essence of the book. When schools decide how to display the food in their cafeterias, likely unknowingly, they’re effecting the kids purchasing behavior. For example, deciding whether to put the carrots or the french fries at eye level can impact the food’s sales by up to 25% in either direction. By making minor changes such as putting the carrots above, the desserts down below, and putting the fruit before the donuts, schools can help kids make healthier choices without limiting their options.

Of course, Nudge attempts to tackle bigger issues than cutting kids brownie intake (not to undervalue child obesity). One such issue deals with American’s retirement savings habits, which, to put it bluntly, is awful. We live in a culture where we spend much more than we earn; we value instant gratification and don’t put enough emphasis on financial foresight (financial irresponsibility is a major cause of our economy’s self implosion). Fortunately, many American workers (at least the couple hundred of you left standing) are offered a defined-contribution plan, most commonly a 401(k). Not only are these savings plans tax free until withdrawn, but many include an employer match (basically free money). Everyone who isn’t experiencing extreme financial hardships should be investing in a 401(k) (or similar type plan) if presented the option.

Again I emphasize should because what we ought to do is often different from what actually happens. One problem, as Thaler and Sunstein see it, is that employees have to actively opt-in to these programs. Whether it be procrastination which eventually turns into a lost memory, or a lack of understanding, many people fail to take advantage. Alternatively, the authors suggest making the default option to join into the 401(k) as soon as it’s available. If a worker wants out, no problem, they complete form and they’re out. Thaler and Sunstein outline a case where only 20% of employees took advantage of their company’s program at first and after three years still only 65% were on board. This same company later adopted automatic enrollment. The result: 90% joined right away and that number increased to 98% after three years. As the authors put it, “automatic enrollment has two effects: participants join sooner, and more participants join eventually”. In other words, they want the 401(k)s at eye level, next to the carrots.

Unfortunately low enrollment isn’t the only problem associated with these programs – they also face too low of contribution rates and inadequate investment strategies. To solve the first issue, the default contribution would be the amount in which the employer match is maximized. For example, if the employer will match up to 6% of the employee’s salary, then that would be the default contribution rate. Again, the individual would have the option to invest more, if they saw fit, but this way if no alteration is made they’re at least maximizing the greatest benefit of the program. To solve the latter of the two issues, the authors offer a few alternatives. One would be to structure the investment funds to indicate the maturity date explicitly in the name (“RetireFund2030, 2040, etc.”). The different funds would have varying degrees of risk, dependant on how long it would be before the employee was to retire. Also, a program they’ve labeled “Save More Tomorrow” solves the problem of employees not adjusting the amount they invest accordingly with pay raises. This makes it simple for employees to commit themselves to increasing their investments with any increase in salary they might receive in the future. It may seem obvious for employees’ investment strategies to align with their income, but people naturally have trouble giving up any more of their paycheck beyond the dent already incurred by taxes. This program lets people’s “ought to” side prevent any destruction that the instant gratification side might cause.

If you got nothing else from this, maybe next time you’re about to walk into the door at Starbucks, you’ll take an extra second to reconsider.